Planning for New Year’s Eve? Here are 10 new year traditions from around the world 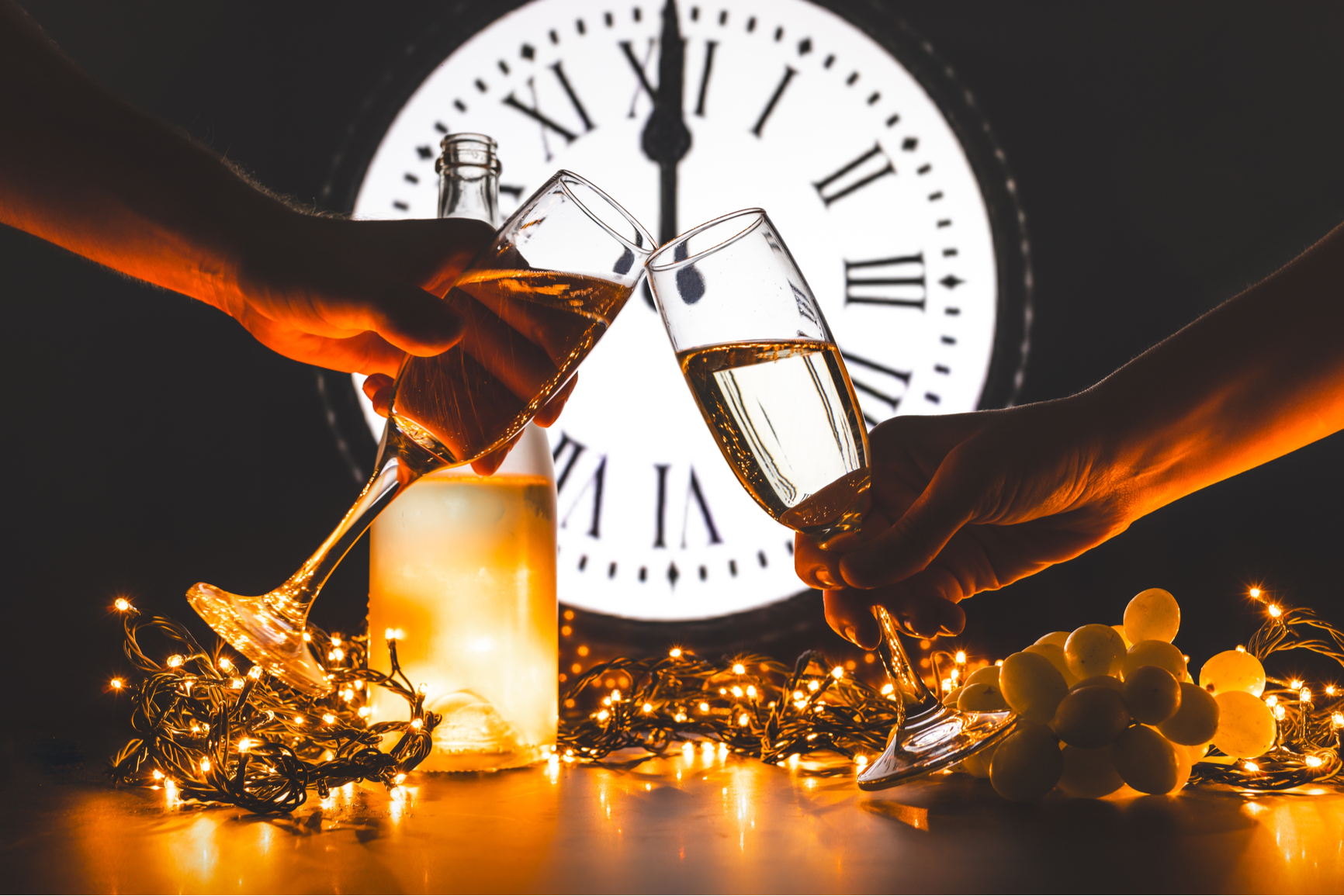 New year is all about ushering good fortune and prosperity into the coming 12 months and every country has their own traditions and rituals to invite luck into their lives.

Whether you’re looking for new ways to boost your luck for the new year or would simply like to learn about the various new year habits of other cultures, read on to discover 10 new year traditions from around the globe.

As part of new year celebrations in Spain, it’s tradition to eat 12 green grapes with the final chimes of the clock at midnight.

This isn’t to encourage healthy eating but is done to give good luck and prosperity for the new year. You must eat one grape for every sound of the clock and finish all 12 grapes in order to receive your portion of good fortune.

The activity translates directly to English as “the 12 lucky grapes”. In some large cities, like Madrid and Barcelona, crowds gather in the town centre to eat their grapes together while drinking cava.

2. Wishing everyone luck in Belgium

While everyone deserves a happy new year, no one is as serious about this as the farmers in the Walloon and Flemish regions of Belgium.

The farmers living in and around these regions of rural Belgium make certain that all constituents of their farms are included in the celebrations – especially the animals! Since farm animals are so important to the agricultural way of life, these Belgian farmers never forget to wish their livestock a happy new year.

It’s hoped that, by doing this, the farm will be blessed with a productive and prosperous year.

Wearing red underwear to see out the year is considered to bring luck to whoever participates in the tradition.

For women, it’s also thought that wearing red underwear can boost your chances of having a child in the new year.

Because it’s customary to throw the underwear away once the celebrations have ceased, each year the shops are always busy with people trying to purchase a new red set as New Year’s Eve approaches.

This tradition is thought to have originated from Romans wearing red tunics to battle, symbolising blood and strength to strike fear in their enemies.

Smashing plates and glasses against your friends’ doors may cause you to lose favour among your acquaintances in some countries… but not in Denmark.

On New Year’s Eve, it’s a nationwide tradition for Danes to smash plates and glasses against the front doors of their loved ones.

This is done to give them luck in the new year while also scaring away dark spirits from their home.

The more shards of crockery and glass that litter your doorstep in the morning, the greater fortune you’ll have in the coming 12 months – just make sure not to hit any windows!

Since ancient times, in Greece onions have been seen as a sign of growth and rebirth for their ability to grow and sprout practically anywhere.

For this reason, they have been used in new year’s traditions for many Greeks all over the country. People hang onions on their front doors to gather good fortune and fertility for the household.

And it doesn’t stop at the door – parents wake their children by tapping them on the head with the lucky onions in the morning, too.

Clearly predating modern science, it’s a German tradition to melt and pour lead to reveal your fortunes for the new year. These days, the lead has since been substituted with tin or wax.

People melt the metal or wax over a candle with a spoon and pour the liquid into water to instantly set it. The shape that it forms determines what kind of year awaits.

It’s believed that sharp, sword-like formations indicate a year of risk-taking ahead, whereas a round, ball shape symbolises good luck.

7. Sleeping with mistletoe in Ireland

If you want to catch a glimpse of your future partner, look no further than this Irish new year tradition.

In Ireland, it’s thought that placing a sprig of mistletoe underneath your pillow on New Year’s Eve will reveal your future partner in your dreams that night.

Can’t find any mistletoe?Holly or ivy should suffice in filling your dream with love.

If you’ve already found your other half or feel you have enough love in your life, another Irish superstition is to bang your Christmas bread against the walls of your house. This tradition is believed to scare away any ill-intended spirits.

Canadians certainly aren’t afraid to take advantage of their colder climate to celebrate the arrival of the new year – ice fishing is a popular activity for many to see out the old.

It may bring to mind images of shivering Eskimos, but ice fishing has become a much more comfortable recreation. It’s now quite common for huts to be heated and cosy inside.

Fish are thought to represent abundance and catching them will grant you a prosperous new year.

If you can brave the cold even further, the “Polar Bear Swim” is a new year activity that involves plunging into ice-cold water!

In Turkey, pomegranates are held in high regard as a symbol of abundance, prosperity, and fertility. And it’s not uncommon to find pomegranate decorations in households across the country.

While you can eat them, most Turkish prefer to smash them on their doorsteps for luck in the new year.

The larger the splash zone of your decimated pomegranate, the better fortune you are set to receive when the year turns.

Sprinkling salt is often used in tandem and is sprinkled around front doors for a boost of good luck.

For many years, Singaporeans have released thousands of wishing spheres that have been cast into the Singapore River from Marina Bay.

These wishing spheres are white, floating orbs that have been inscribed with the wishes of their sender before being sent downstream.

With tens of thousands of spheres being set free, the tradition can often create quite a spectacle as they float away.

However you celebrate the new year, we wish you and your loved ones a happy and prosperous 2023 and look forward to helping you achieve your goals well into the future.