Coming to a screen near you... 8 books to read before the screen adaptation arrives 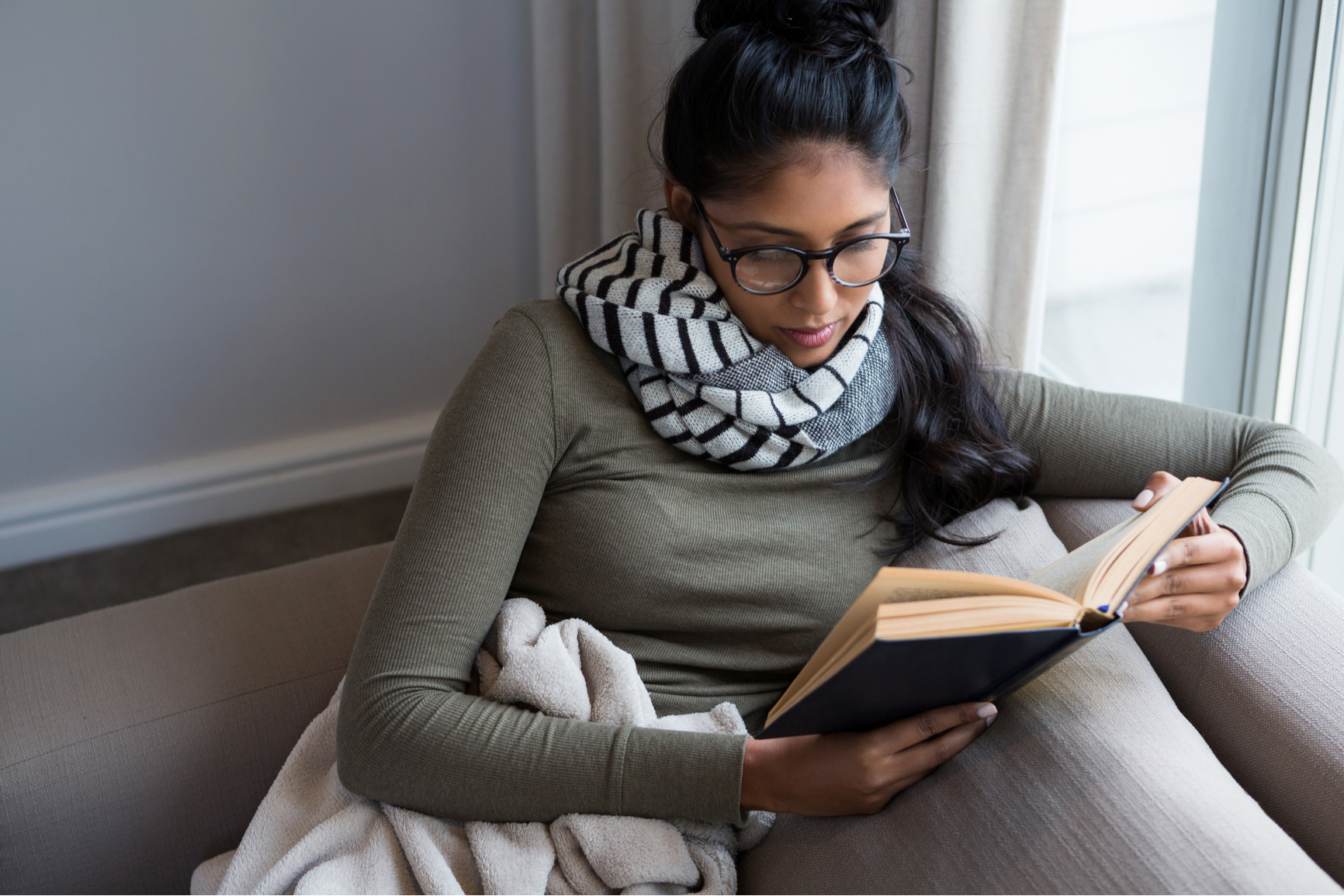 When TV series or movies have compelling source material behind them, it’s understandable that you would get excited about seeing them. You may be thrilled to hear then that there are plenty of upcoming screen adaptations on the horizon that are based on best-selling books.

Read on to find out which books are getting their very own movie or series, when they will be released, and why you should be looking forward to seeing them.

Anatomy of a Scandal by Sarah Vaughan

Anatomy of a Scandal, by Sarah Vaughan, has it all: a prominent marriage propelled into the spotlight, a scandal that will cut to the core of Westminster, a prosecutor who believes justice is long overdue, and the women caught at the centre of it all.

The best-selling book is a gripping courtroom drama that shines a light on the corruption and injustice of the UK’s political elite.

If this sounds like your kind of thing, then you’re in luck– the rights to the book have since been bought and it is set to be released as a series directed by Big Little Lies creator David E. Kelley. The show will include familiar faces such as Sienna Miller (American Sniper, Layer Cake), Rupert Friend (The Death of Stalin), and Michelle Dockery (Downton Abbey, The Gentlemen).

The six-part series will be released on Netflix on Friday 15April.

Where The Crawdads Sing by Delia Owens

If the thought of Reese Witherspoon producing a fantastic book into an on-screen adaptation got you excited, then brace yourself for more good news.

Where the Crawdads Sing, by Delia Owens, has also been picked up by the actress-turned-producer and is to be turned into a film. Reese Witherspoon originally included the novel in her book club back in 2018.

The story follows Kya, a young woman who was forced to raise herself in the Great Dismal Swamp of North Carolina after her family leaves her to fend for herself. Even the community she is part of treat her as an outsider, giving her monikers like “swamp trash” and “marsh girl”.

Fast forward to Kya’s adulthood, she has been forced to grow up to be wise and self-sufficient, even publishing her own book. Everything changes, however, when she is accused of murdering her ex-boyfriend.

Filming has wrapped, and the movie is expected to premiere in cinemas in July 2022.

Ian Reid is no stranger to seeing his books adapted for the screen, and now we have another of his projects to look forward to.

Foe is an entrancing tale that tells the story of a young married couple who live an isolated life on a farm in a not-so-distant future that is stricken with environmental catastrophe. After a stranger informs the couple that one of them has been chosen to visit an experimental space station orbiting Earth, the other soon realises she won’t be left alone.

The book has been picked up by Amazon in a $30 million deal to be turned into a film and will include familiar faces such as Saioirse Ronan(Hanna, Brooklyn, Atonement), Paul Mescal (Normal People, The Lost Daughter) and Aaron Pierre (The Underground Railroad, Old). It will be directed by Garth Davis (Lion).

Full of unease and suspense with an element of near-future technology, it has been likened to Westworld and Black Mirror.

While the film is still in production and the release date is yet to be announced, if you are itching for a taste of Ian Reid’s other work, watch the adaptation of his debut novel, I’m Thinking of Ending Things, on Netflix.

The Wonder by Emma Donoghue

The Wonder, by Emma Donoghue, is a gripping psychological thriller about two strangers who transform each other’s lives in this story of love against evil.

The book tells the tale of 11-year-old Anna O’Donnell, a young girl who stops eating but somehow manages to miraculously stay alive and well. A nurse, called Lib Wright, is sent to investigate Anna’s condition to discover the truth, but instead, she meets a journalist hungry for a juicy story.

Florence Pugh, who stared in the 2019 adaptation of Little Women, will star in the film, set to be released in the second half of 2022.

If you prefer stories that are more modern and closer to reality, this one may be for you.

Exciting Times, by Naoise Dolan, is the story of a 22-year-old girl, Ava, who moves to Hong Kong against the backdrop of Brexit and the 2017 Hong Kong elections.

After moving, Ava’s feminist values are quickly abandoned when she meets English banker Julian, who offers her a lavish lifestyle that she could only dream of achieving herself. When Julian must move back to the UK, however, she isn’t sure where their relationship stands.

She soon gets a new roommate, Edith, who is a lawyer and clearly loves her; he constantly brings her flowers and takes her to the theatre, though she struggles to see him as anything more than a friend. When she hears that Julian is returning to Hong Kong, she has a decision to make –spend the rest of her days with Julian or take a leap of faith and go with Edith.

The romantic tale has been adapted into a series and is said to star Bridgerton breakout actress Phoebe Dyvenor. We can expect this series to air on Amazon sometime in 2022.

Conversations With Friends by Sally Rooney

There is another critically acclaimed Irish author – who funnily enough, studied English at Trinity College Dublin at the same time as Naoise Dolan – with a hit on-screen adaptation on the way.

Conversations With Friends, by Sally Rooney, is a tale about Frances, a 22-year-old student from Dublin, who is an aspiring writer by day, and a spoken word performer by night.

After being interviewed and befriended by a well-known journalist and her actor husband, Frances and her former girlfriend Bobbi are thrust into a world of beautiful homes, wild dinner parties and glamourous holidays in the south of France.

Frances and Bobbi’s friendship with the actor and journalist quickly becomes more complicated after they begin a ménage-à-quatre. When Frances starts to become closer with the husband of her journalist friend, however, the emotionally constipated girl is quickly forced to confront her own insecurities and vulnerabilities for the very first time.

The rights to the book, which has 11,678 reviews with a4-star rating overall, have been picked up by the BBC who have turned it into a12-episode series. The series will star Sasha Lane (American Honey) and debut actress Alison Oliver and is expected to be released in May 2022.

‍Daisy Jones and the Six by Taylor Jenkins Reid

If you’re a fan of stories about the rise and fall of musical acts, then you’re in luck. Daisy Jones and the Six, by Taylor Jenkins Reid, has been picked up by none other than producer Reese Witherspoon, who is to turn it into a 12-episode series.

The story follows the eponymous rock band Daisy Jones and the Six’s journey through the LA music scene of the 1970s as they battle to become worldwide music sensations. As well as the glitz and glamour that comes with being a renowned band, the tale documents the grittier side too –rivalries, jealousy, and deep desires are in no short supply.

Riley Keough (Mad Max, American Honey) will play Daisy, with Niki Caro (director of 2020’s Mulan) taking the helm and directing several episodes. The musical series began filming in late September of 2021, so we can expect to see a release date soon.

Pensions
Pros and cons of combining your pension pots. Is it the best move for you?
Read more

Employment
Edinburgh is rated as UK's most liveable city for expats. Here's why
Read more